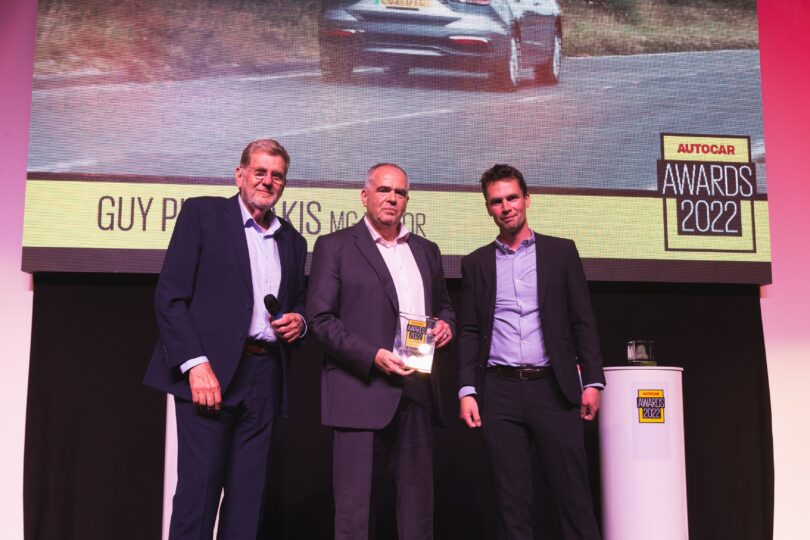 Guy Pigounakis, Commercial Director at MG Motor UK, has been named one of the UK’s outstanding automotive leaders by the influential title Autocar.

He collected the honour at this week’s Autocar Awards at Silverstone after judges praised the exceptional skills he has shown to sustain and build the brand.

During Guy’s time with the brand, MG Motor UK has gone from strength-to-strength and is now the UK’s fastest growing mainstream car manufacturer.

Accepting his award from Autocar Editor in Chief, Steve Cropley, and Editor, Mark Tisshaw, Guy said: “I am thrilled but at the same time very humbled to have been recognised in this way.

“The success we have enjoyed as a brand and the growth we are experiencing is not down to one individual but rather a combination of factors – a fantastic product range that offers outstanding quality and exceptional value for money, and the brilliant team of people working directly for the brand and our fast-expanding network of dealer partners.”

Building on a record-breaking 2021, the marque’s success continued into the new year with registrations in January and February (4,471 units) totalling more than those for the whole of 2017.

But Guy told the hundreds gathered at this year’s awards that 2022 looks set to be even better still, as MG Motor UK continues its meteoric rise.

He said: “This year’s sales plan was exceeded in orders six weeks into the year. The biggest challenge is to make sure we get the production to satisfy those orders. And we’re taking between 200 and 300 orders every day, so the bank is only getting bigger. But it’s a fantastic problem to have.”